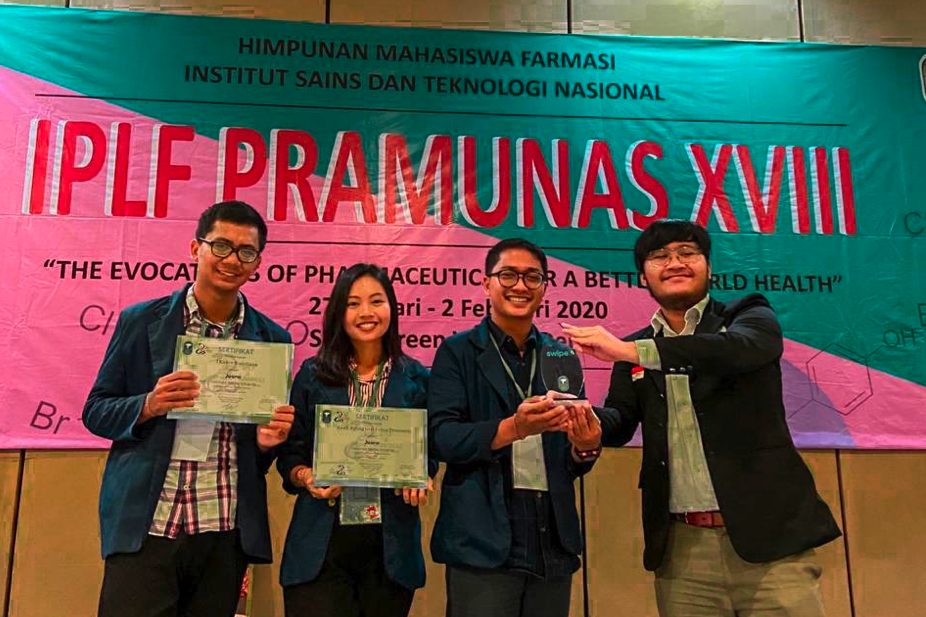 During the selection process, proposals that have been prepared, sent to the committee, then selected three proposals that will be presented at the final stage. Coordinator of Pharmacy undergraduate program, Faculty of Mathematics and Natural Sciences, Udayana University, Mrs. Dewa Ayu Swastini is very proud of the achievements of Pharmacy students, because they have very busy activities every day such as lectures and practicum, but they can also excel in the midst of the busyness. During the competition, the Udayana University pharmaceutical team was guided by Ms. Dr. Ni Putu Eka Leliqia, S.Farm., M.Sc., Apt., and Mrs. Ni Putu Ayu Dewi Wijayanti, S.Farm. , M.Sc., Apt.

"Hopefully, with this achievement, other students will be encouraged to get awards and improve the reputation of the Pharmacy undergraduate program, Faculty of Mathematics and Natural Sciences, Udayana University at the National level," said the program coordinator. Bravo Pharmacy Udayana !!!